Clydeside Surveys priorities focus around providing best in class reporting using the most up to date equipment and resources. Both Paul and Kevin work together to offer our customers over 50 years of combined experience and customer service. 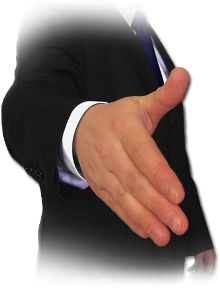 Kevin has conducted surveys over a 40 year career in many locations around the world. He set up Clydeside Surveys in 1978 with a view to providing the best level of service and support for project where hydrographic and bathymetric surveys were required. Kevin is IHO Category A Certified.

Paul has been surveying for over 10 years after graduating from Plymouth University qualifying also as IHO Category A Certified hydrographic surveyor. He started his professional career as Part Chief on Fugro vessels in the Middle East and then moved on to freelance working in locations in Africa. Following in his fathers footsteps he decided to start his own company in the Middle East to provide these same services to the vast Marine Industry Sector which dominates the Gulf.

Kieran has been working under Kevins mentorship, as Paul did in his teens, to support projects and conduct surveys in the United Kingdom. Kieran is a qualified captain and surveyor with over 5 years experience.

Colin was recently recruited in 2012 to assist CSL with the growing number of clients and project demands. Colin has previously worked in the mechanical industry bringing a valuable skill set to the UK company.

Can't find what you're looking for?

Get in touch with us and we will do our very best to help with any queries you may have...

Get In Touch With Us Today

View All Our Services

Scan our QR code with your smartphone to save all our details.